The Nifty #17: I missed the second Bored Apes

You only need one smart move in the world of NFTs to experience a sudden windfall. For me that was the decision to purchase two Bored Apes. Since then, numerous avatar projects have taken off but every day I receive a message asking what the next one is.

Well, I’m fairly confident stating that it’s Loot Project. Loot is literally nothing more than a block of text like the one pictured here: 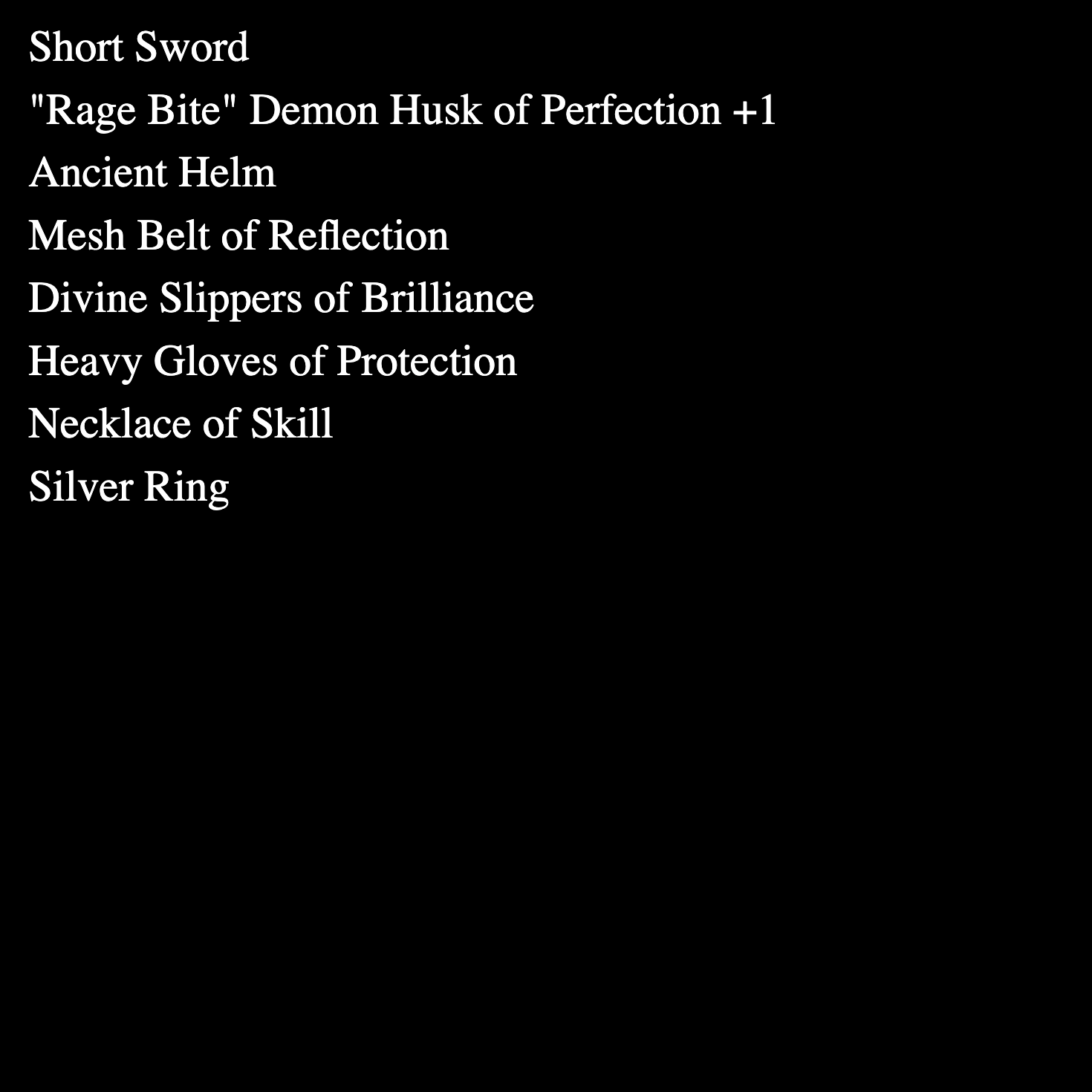 To most people looking at this, it’s easy to wonder why that block of text is worth $64,500. Only days ago the person who minted it paid literally $0 to get it. Additionally, the images promise zero utility. No organization owns it either.

So why on earth is it worth this much?!?

The creator, Dom, who was also the founder of the wildly popular mobile video platform Vine, created it as an experiment a few days ago. The concept took off and now it’s rapidly becoming one of the most popular projects with over $60 million in sales in the past 24 hours alone.

The easiest analogy for Loot is a game of dungeons and dragons in which the participants decide the world that they create. The most obvious question is, “why on earth would anybody take the time to make something inspired by this block of text?”

The short answer is “why not?” The longer answer is, “I’ve made so much money buying NFTs and trading in the decentralized finance space that I don’t need to work!” If I were to draw a Venn Diagram of “super rich from NFTs” and “played dungeons and dragons as a kid”, the audience would sit in the dead center.

The founder of Ethereum, Vitalik Buterin, even gave a shout out to the project stating:

I think the @lootproject philosophy has it right: pretty much anything that anyone creates “exists”, what matters is to what extent other people build upon it.

The price basically has not dropped since then.

The owners of Loot bags have been creating projects at a furious pace. In fact, I haven’t seen a single NFT community operate at this speed before. First up was Andy Chorlian of Fractional Art (a former podcast guest), who created “Ability scores” that you could mint for free if you owned a Loot bag.

Then Wednesday evening, a community member dropped 10,000 AGLD tokens to every Loot Bag holder. This was a made up token that would act as the “in game” currency for whatever projects are built moving forward.

AGLD is now trading for $3 per token as of this newsletter. In other words, you just got $30,000 for free for every loot bag you own. Who knows where that money is coming from since there’s nothing you can spend your gold on!

All of this activity sprouted up in days and there’s no doubt it will expand well beyond. There are community maps, Loot rarity trackers, and many more projects that I haven’t looked at but are published on the project’s website.

A World of Possibilities

The simplicity of a block of text may literally be the thing that unlocks a massive ecosystem. It sounds ridiculous, it sounds stupid, it’s borderline offensive how much money this small group of people has made, and yet it may just be the next big thing.

I have to agree with Vitalik Buterin in the sense that the value of a platform is not the platform itself but what people develop on it. In the case of Ethereum, that is NFTs and decentralized finance (DeFi). In the case of Loot, it’s games, community, and beyond.

But let’s be clear: every game is fun when we all get rich. It’s this aspect of it that feels unsustainable and exclusionary. I was able to buy in because I had a “spare 3.5 eth” or $13,000 in my Metamask wallet hanging around. I exited with a decent profit but an infinitesimally small percentage of the world has access to this capital, specialized knowledge, and community.

It feels like a gated community and anybody outside of it will look in and say “how the hell are those people making so much?” and “why the hell is that block of text worth more than a Tesla model 3?!?”

I’m looking at this project with both disdain and a deep sense of potential. In a world where this much money can be made so quickly it feels unsustainable. However the philosophical premise in which we all can build a world together filled with joy and riches is one that can only trigger our childhood fantasies.

For now, I’ll simply state that I’m frustrated I let go of my loot bag. The fact that I’ve seen some of the most brilliant minds in cryptocurrency obsessed with this project (and creating on top of it), makes me think this truly has legs to run.

While it doesn’t look as cool as my Bored Apes, I’ll let the dungeons and dragons crew add more money to their already overflowing bank accounts. They needed to take a break from solving the world’s most challenging problem: how to make a better looking cartoon animal.

I also wanted to note that there will be a number of upcoming changes to the structure of the email. I’m sure you’ve noticed that some of the collections showing up have low volume. There’s also a limited subset that appears in the emails (I’ve actually curated them).

All of this is going to change. I intended to release the updates this week but with my full-time job, hours spent mourning my miss on this project, and juggling 16 other things I didn’t get it out. Expect changes coming very soon though!