It has only been a few days since my last email but as I said I was off schedule for a bit there!

If there’s one thing you do from this email go access the beta relaunch of The Nifty and give me your feedback.

I have been working for weeks creating an automated market monitoring system, an integrated content system which sends you daily market digests, and a job board for the NFT industry. It’s still a work in progress but it’s at a point where I’d love to get your feedback.

I’ll be adding a lot of new features and make it easier for you to sift through what appears to be an overwhelming amount of data!

Yes, it requires your email address but just use the same one you’re using here.

A Wild And Frothy Week in NFTs

The NFT bull run continued this weekend and I have to be honest: it’s crazy not to wonder if this is sustainable. Remember when I was debating selling my $30k ape and dog NFT portfolio a few weeks back?

The entire NFT portfolio has morphed into over 6X that amount. Which leads me to wonder: am I a complete idiot for holding on to these NFTs?!? Answer: I’m all in so I’m going to retire from these or ride them into the ground 😂

Which brings me to the frothy market over the past week.

I brought up Justin Aversano’s Twin Flames collection last week. Well, after one of his Twin Flames pieces was fractionalized on Friday (currently seeing a valuation of $922k for a single photo) the floor for his project in now just under 100 ETH (or $300,000). These sort of numbers are outrageous by any metric but it’s not surprising to see Justin atop the leaderboards.

Loopify, an anonymous Twitter user who is one of the largest NFT “influencers”, launched Treeverse NFTs which are nothing more than an image with the company’s logo and a promise of a future game. Given his reputation many people bought in (including myself) and the price of the NFTs instantly went from 0.11 (cost to mint) straight up to 0.33. These types of instant 300% gains are becoming a little too common but it’s both fun and profitable while it lasts!

Speaking of 300% gainz, how about 1800% gains? That’s what you would have had you bought into Fluf World, a furry bunny 3D avatar project which includes electronic music with each NFT. Here’s an example of one: 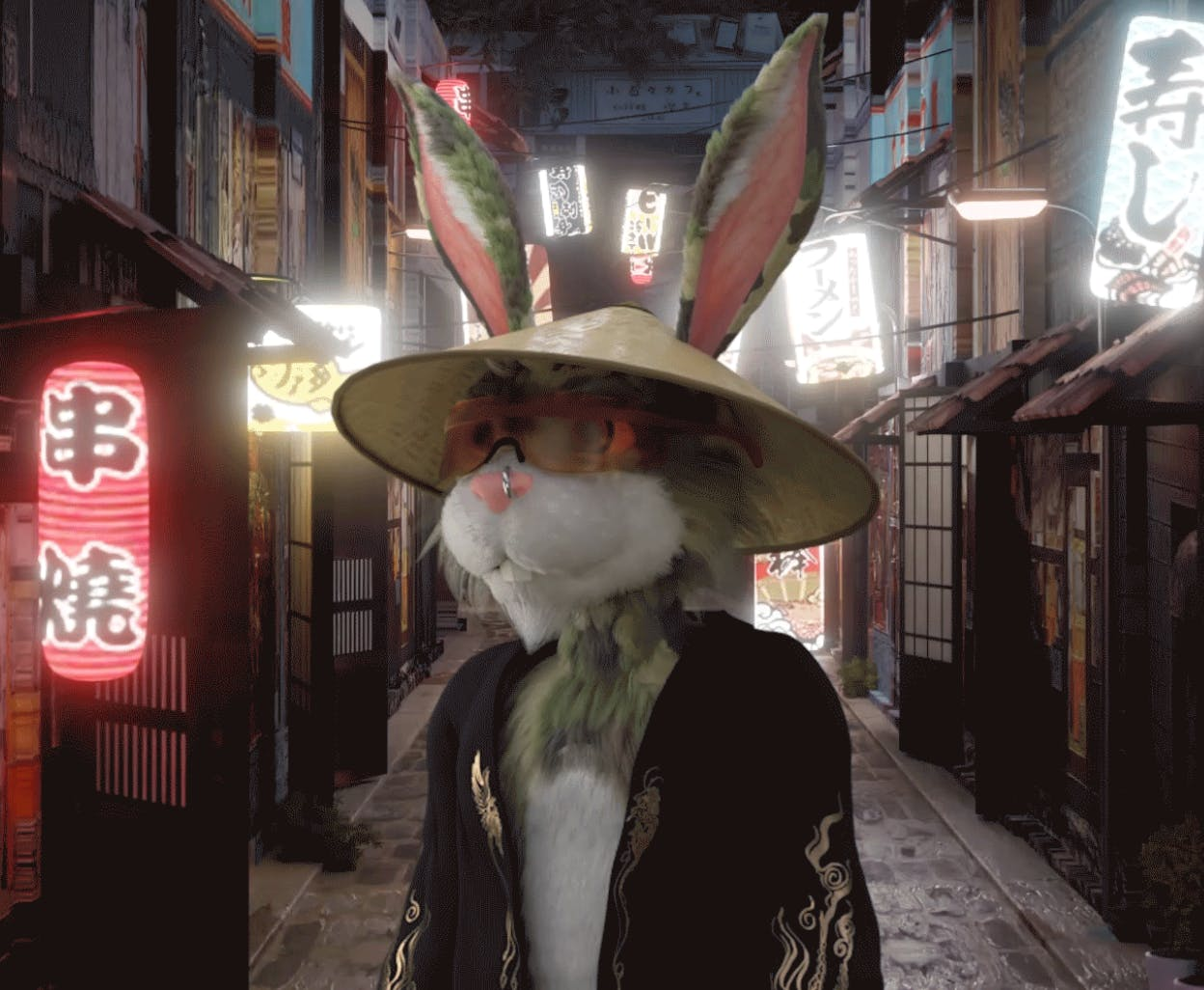 A project which I’m eyeing heavily and interested in potentially acquiring a piece from is Animetas. The collectible project attracted the attention of a former podcast guest, Gmoney, and saw it’s cheapest price go from < 0.5 ETH to over 1ETH over the weekend. It has now settled around 0.7 but the team has brought on multiple engineers and is expanding the team.

This is seed investing with instant liquidity

After tossing out a bunch of absolutely ludicrous numbers you must be thinking none of this makes sense. To be clear, it’s hard not to find all of this to be ludicrous. However then what I realize is that what we have is a form of investing which would be possible if the SEC had made private startup investing more accessible to everybody.

The current state of NFTs are one in which we’ve combined Kickstarter with instant liquidity. The result is short-term speculation as well as a massive new funding channel for creative entrepreneurs. As more and more NFTs flood the market you have to pick out those teams that you truly believe in.

As I stated with Animetas some of the metrics I’m looking at are ones that are more comparable to startups: Who’s the team? What’s their vision? Do I believe that they have both conviction, capability, and the determination to pull that off? Do I like their work in general?

For visual creatives this is nothing short of a Renaissance.

A note on collectibles

Everything I’ve mentioned in this email is collectible focused. There are a lot of other areas where we’ll see innovation in the NFT space. The most obvious areas are ticketing, music & movies (DRM replacement), title management (cars and mortgages), and a number of other spaces.

Unfortunately, serious innovation takes time to development so in the interim we have art and collectibles as the focus. Do not think for a moment that I’m not interested in those other areas. Expect to see more of them in the future!

In the mean time, go check out the beta version of The Nifty! I’d love your feedback.