The Nifty #13: The NFT avatar bubble is about to pop

I missed last week as I went out of town for a wedding and got wildly backlogged but I’m back!

If you takeaway nothing else from this email, listen to today’s podcast episode with my friend who bought 15% of of the supply of the NFT Pickle project I previously mentioned. It is one of the most absurd conversations but is also remarkably insightful.

He has converted his gains into a Cryptopunk (worth over $40k) and has grown a personal network of collectors and creators in the NFT space.

The Bubble is about to pop

One takeaway from the episode was that the NFT Avatar bubble is about to pop. By no means am I claiming that NFTs are not going to stay around. They are the future.

However there are currently 20,000 people trading avatars with each other all with the intention of making a quick buck.

Last Wednesday alone there were 7 avatar projects that launched. It is now a daily activity and there will be a growing market of people getting burned. That said, the infrastructure for trading avatars is surprisingly robust and like I said last week: I believe this avatar space alone will be a multi-billion dollar industry.

It sounds ludicrous but there are nearly 3 billion Facebook users so if 10 percent of those people spend $5 on an avatar you have $1.5 billion in revenue. Those buyers aren’t going to buy one avatar though and I expect greater than 10 percent of people will want to buy one.

So why am I saying this bubble is about to pop? Well, there are WAYYYY too many of these projects at the moment. What validated my feeling was something Nick said on the podcast about these cycles being fast. In the case of the Nifty Gateway boom: it lasted approximately 45 days.

I’m seeing avatar overload by people on various discords so I’ll stick my neck out and say it: this short-term avatar bubble is about to pop!

Which brings me to… my avatar project!!

The bubble cannot peak until Nick O’Neill gets in on the action!

Outside of flipping avatars mostly unsuccessfully I reached out to a team for whom I absolutely loved their art after seeing their collection called “Utobits”.

These two girls in Turkey have created handmade NFTs that eventually you will be able to use in the metaverse (virtual worlds). So far they’ve only released 120 and they are incredibly underpriced.

There will only be 1,000 of them ever made and there will be a ton of bonuses for collectors. At the moment there are like 50 remaining in this batch.

However I’m working with this team and for all intents and purposes this will be the only avatar project that I’ll be associated with for the foreseeable future. There will also be some integrations with my podcast… Here’s a custom one they made for me: 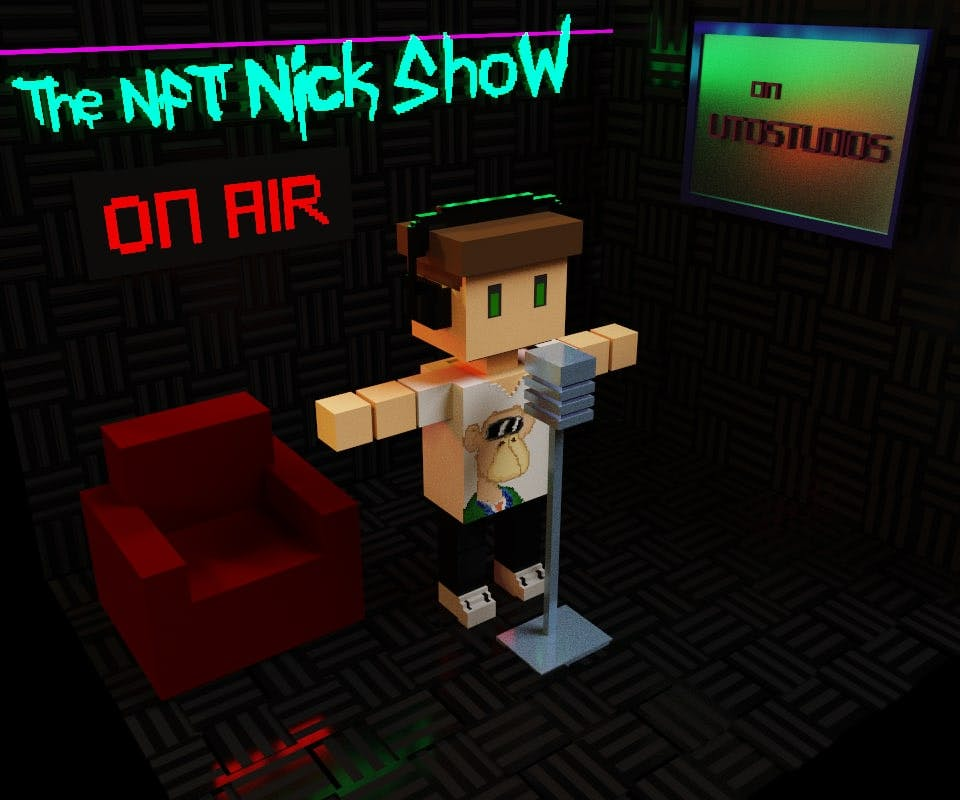 Anyways, check out their collection on OpenSea and let me know what you think!

I had a call this morning with Twobadour, half of the duo behind the famous $69 million Beeple acquisition and will be publishing that episode in a couple weeks. I’m also ramping up aggressively with my publishing now that I’m back from a break.

Here’s what’s on deck for this week:

Hopefully by next week I’m not longer talking about avatars as this has gone on for far too long! 😂

Have a great week,